Note: we are republishing this story in light of recent reports that suggest more and more Americans are encountering problems when trying to exercise their 1st amendment right to freedom of speech and expression.

In Ohio, a patriotic student was suspended after he built a project for school that honored the memory of troops who lost their lives in battle. Alongside his attorney, the eighth-grade student appeared on Fox & Friends to describe how the Ohio school refused to apologize to him after suspending him for including a “Nerf gun” in his school project that was built to honor troops who lost their lives in active combat.

Because the presences of the Nerf gun was not allowed school grounds because it is considered to represent a weapon, he was suspended and had to serve the punishment. 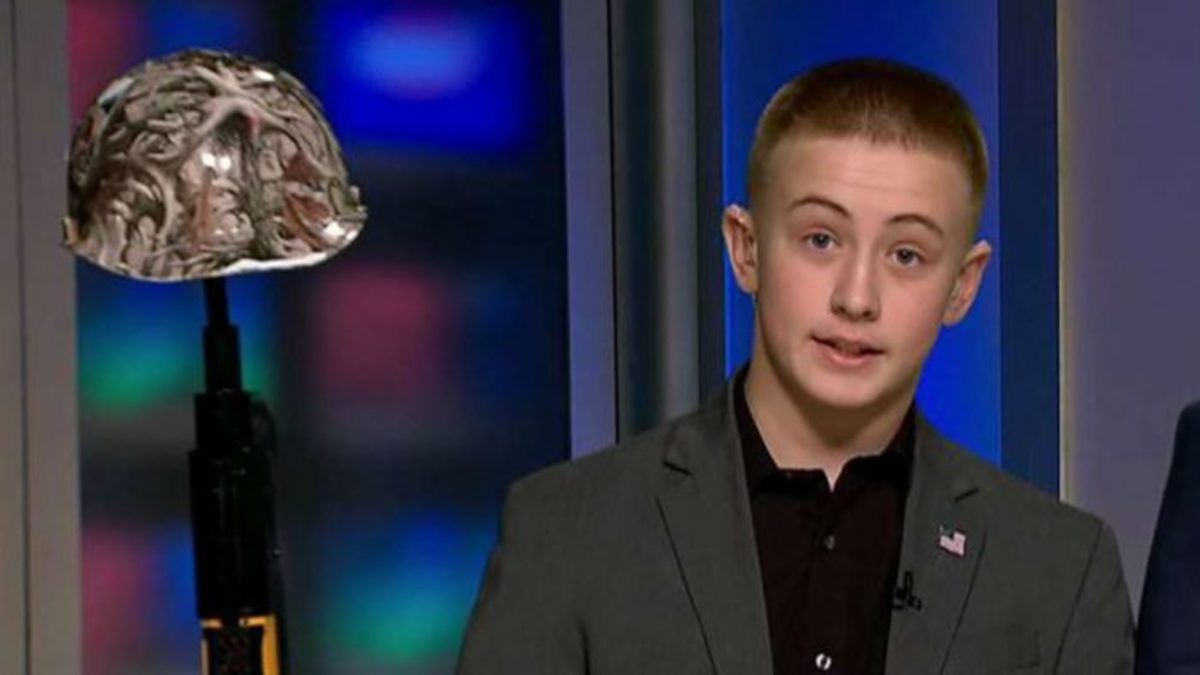 That’s why the student and his family reached out to attorney Travis Faber to help support them.

“After he had started serving the suspension and we had some time to look into this, we said, ‘this is ridiculous, can you make the suspension go away and apologize to Tyler for what you did and we’ll make this all go away,’ and they refused to do that,” attorney Travis Faber said.

The young boy had created his own version of a “battle cross” for a project at Celina Middle School. It was a history project that he felt represented the sacrifice American troops made defending the freedom of democracy. Although the teacher thought it was great, the school administration suspended Carlin for three days for bringing the toy gun on campus. Even a toy gun on school grounds is a violation of the school’s zero-tolerance policy concerning firearms and weapons. With all the mass shootings happening across the country, the school is making a hard stand against the presence of the toy gun – even though the way it was used was as part of a project honoring troops.

When pressed, the Celina School Board refused to make any statement because they did not want to violate the “student’s right to privacy.”

While on the Fox News talk show program, co-host Brian Kilmeade asked Carlin to describe why the Battle Cross monument held special meaning to him.

“This means so much to me because that was the last chance that the military, their friends got to say goodbye to them and then they had to go back out and fight,” the young boy said. “Also my dad’s friend is like a grandpa to me. And he, like, showed me his war stories from Vietnam. He just showed me all about that.”

Because Carlin was able to rally a lot of people around him, the community held a protest outside of the school on Wednesday to support the eighth grader.

“The community is standing behind me on this,” Carlin said. “They held a protest, and it is still going on today.”

Meanwhile, Faber plans to continue to hit back at the school and defend Carlin’s first amendment rights as much as he can. He hopes the school will eventually bend their zero-tolerance policy for guns and violent imagery.

“We’re going to do whatever we have to, to make this right,” the lawyer said.

What do you think is right?